DISCLAIMER: This content has been provided to INFINITE HOUSE OF BOOKS by Pump Up Your Book. No compensation was received. This information required by the Federal Trade Commission. 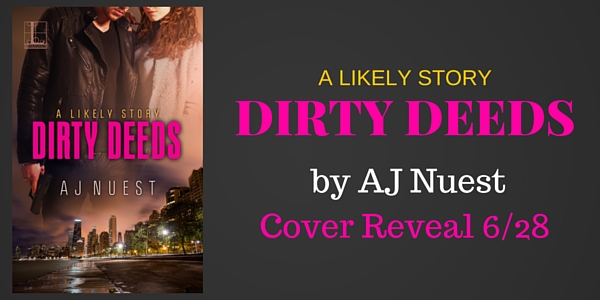 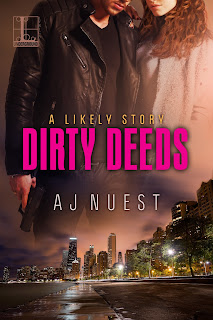 An Eye for an Eye

As owner of Dirty Deeds, a tech-savvy company specializing in the age-old art of revenge, Eden Smith knows first-hand that secrecy is critical. But when a dead body washes up on the shores of Lake Michigan clutching her business card, Eden’s well-constructed world begins to fall apart. Apparently, she’s not the only one with a passion for payback, and staying alive to outsmart a killer has become her most important job of all.

A Game for a Game

Hardened homicide detective Kelly Riordan is convinced Eden Smith is hiding more than she’s willing to admit. Years on the force have taught him that nothing is what it seems, and that couldn’t be truer than when it comes to investigating the alluring owner of a revenge-for-hire business. But revealing her past could put everything Eden has worked for in jeopardy. And trusting a man like Riordan goes against the very instincts that have kept her alive this long.

Multi-published award-winning author and editor, AJ Nuest, resides in Northwest Indiana with her loving husband, two beautiful children and a bevy of spoiled pets. Her four-part serial fantasy romance, The Golden Key Chronicles, was recently named the RONE Time Travel Romance of 2015 by Ind’Tale Magazine, and her contemporary romantic comedy, She’s Got Dibs won First Place in the Heartland Romance Author’s Show Me the Spark! Contest, 2013. She and the cat are currently vying for dictatorship. The cat is winning.

DISCLAIMER: This content has been provided to INFINITE HOUSE OF BOOKS by Bewitching Book Tours. No compensation was received. This information required by the Federal Trade Commission.

Is it better to be safe or loved?

Four months have passed since the E’mani destroyed the Earth and scooped up the remains. Elizabeth “Beta” Camden was one of those taken. With the help of their enemies, the Fost, she escapes and confronts her prior captors successfully. Though she knows she should remain vigilant toward the E’mani, she follows her heart instead and falls in love with Marin, the sexy Fost warrior..
She should have trusted her first instinct.

This time the E’mani don’t come in force–they slip in silently. And any hope Beta had of a peaceful life is lost. She leaves in the dead of night to find the E’mani stronghold and end them once and for all. But love is a tricky bitch. It takes a threat to Marin’s safety to make Beta realize, if she can’t forget her past, she won’t have a future.

Must Remember – Solum Series Book One On Sale for .99 June 1-July 1

Today we welcome Colleen Myers and her new character Beta as we discuss their new book. Hello Colleen, hello Beta. It’s lovely to see you.

“Thanks for having us.” Colleen smiles and nudges Beta, who nods.

Beta, why don’t you tell us a little bit about your life before the E’mani came?

Beta sits forward. “I had a normal life. I’d just started college and well, it was fun. I don’t know what more to say.”

Colleen and Beta, what can you tell your readers about this new novel?

Colleen looks at Beta before answering. “Well it is about an apocalyptic event on Earth started by aliens called the E’mani to harvest humans. Beta is one of those humans.” Beta glances at the floor and crosses her arms.

I hear there is a love interest. Beta, will you tell us about him from your point of view?

Beta smiles. “Yes, Marin. He is wonderful, a bit controlling, but he lets me be me.”

Now Colleen, spill the details. We want the goods on Beta and Marin. Berin, or Mata. Do you like those couple names Beta?

Now, I know you can’t say too much, but we have to know. Is this the last of the E’mani, or will we see them again?

“You will be seeing a lot of the E’mani”

Well, thanks guys for joining us today!

Colleen Myers was raised in a large family in the outskirts of Pittsburgh, Pennsylvania where she grew up on Harlequin teen romances and stories from her mother’s work as a paramedic. She was her high school salutatorian and attended Allegheny College on the Presidential Scholarship.

After college, Colleen spent a year in service in the Americorp giving back to the community at a local Pittsburgh Women Infants and Children Clinic (WICC) before attending Kirksville College of Osteopathic Medicine on a military scholarship.

Upon completing medical school, Colleen attended residency at Andrews Air Force Base in Maryland during 9/11. She earned three meritous service awards from the military along with outstanding unit awards. After serving seven yearsof active duty, she promptly landed a position at the VA to provide fellow veterans with optimum medical care. Still an avid fan of romances into adulthood, her love of the genre inspired her to hone her craft as a writer, focusing on contemporary romance and science fiction. Her background in medicine and the military provide an inspiring layer of creative realism to her stories and characters.

Her first book, Must Remember, the first of the Solum series, is being published by Champagne Press. The sequel, Can’t Forget is the recipient of the 2015 RWA New England Readers Award.

Colleen currently resides in Pittsburgh, Pennsylvania with her son, and spends her spare time writing novels.

$25 gift card and ecopy of Must Remember